Diego Maradona, the Argentine Soccer legend, has died at 60. (VIDEOS)

Soccer legend Diego Maradona, a former Argentina midfielder and manager, has died today at the age of 60. 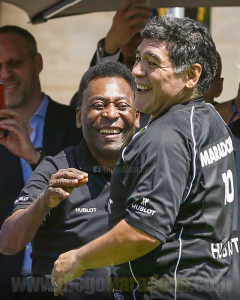 According to the BBC and ESPN, the Argentinian soccer legend  had successful surgery on the 3rd of November to address a brain blood clot before being released on Nov. 11.

Maradona is best known as the captain who helped guide Argentina to the 1986 World Cup title. At a club level, Maradona played for Napoli and Barcelona. In 96 international appearances for Argentina, he scored 34 goals including four World Cups!!!

Next US secretary of state Antony Blinken – Things to know (VIDEOS)